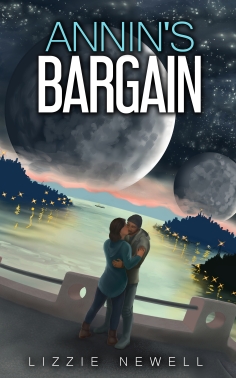 Published by lizzie Newell
Buy from:

In a struggle against fierce ocean tides driven by two moons and channeled into icy fjords, the humans of Fenria have developed a matriarchal clan system with three classes: fishermen, craftswomen, and Seaguard—cyborgs who serve the tide and the planet-wide AI network. Those who don’t conform—the clanless, indigents, and rebels—lead a liminal existence of extreme danger on perilous seas. Among the rebels are Annin and her brother, Seaguardsman Teakh. The product of an exploitative and failed eugenics program, the siblings’ DNA carries coveted genetic code. To protect him and their kin, Annin wants her own clan, and she’ll do nearly anything to get it, including becoming a surrogate mother, trading her firstborn. In a bargain made with the Queen, Annin agrees to an anonymous liaison with a man who will father her child. From this deal, she is to gain passage of her clan charter—a charter intended to protect both Annin and her brother from exploitation by gene thieves, the eugenics council, and her greedy aunt. But the mysterious man pushes for more than a single encounter with Annin. She has no way of knowing his intentions or if he will subject her to further exploitation and cruelty. She gambles with her fate, her family, and her safety. The future of Fenria hangs in the balance. 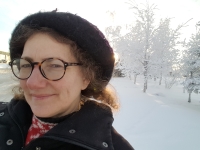